Prolific Roy aka Dorian Black is known around London and beyond as a party host, fashion model, and singer (for his own band, Roy Inc.). Born in Birmingham to Jamaican parents, 5’-10”-tall Roy is, funny, polite, and endearingly old-fashioned, someone who prefers sending handwritten letters to emails, or chatting online. But Roy’s most prominent feature is without a doubt his magnificent set of nipples, two enormous pointy ones that measure two inches in length and protrude from two tattooed aureolae about the size of the inside ring of a teacup saucer.

Stuart: OK, so tell me about these nipples of yours. Is that kind of how everyone knows you?

Roy: Yeah, not all the time, but most people know me for the nipples.

Have you got any nipple rivals?

Not really. There are a few babes in the woods though.

A few fondlings. Just guys in their 20s, 30s, 40s who have discovered their nipples and are working on them.

Do you get lots of them asking your advice?

Yeah, even the guys who have quite large nipples say, ‘You’re the person. You’re the template.’

Do you all exchange tips then?

I never exchange tips, but what I do always say is a lot of tender loving care, and that’s whether self-TLC or helped-TLC — with fingertips, lips, or tongue.

You have tattoos around the nipples to make your areolae look massive — when did you have those done?

I think in 1993. It had it tattooed by a guy called Mr. Sebastian. He was the first person to do my nipple tattoos. After that I had him do them again, but larger. And when my nipples started getting bigger and bigger and fatter and fatter, I decided to get them done properly and finally.

So you’ve had them done three times? Is it so the areola tattoo is in proportion to the actual nipple?

Yeah, the areola has to balance off and I think they do.

When was the last time you had them done?

Is that it now? Aren’t they going any bigger?

I would only have them re-tattooed to make them darker, but not enlargened. The color fades slightly when you sunbathe.

Do you get them out in the sunshine then?

Well, there are certain places where I keep them covered up. I’m not exaggerating but they can literally be traffic-stopping. I remember in Paris once I was hanging out with a fashion designer mate of mine and he’d made this top for me and it was really figure-hugging. For some reason it made my nipples stand up erect, because I think it was the material rubbing — it was made out of wool. They looked like bullets. I was walking down the street and my friend goes, ‘Look at that guy in the car!’ There was this guy in a car staring at me as I walked past, and then he crashed into the back of the car in front of him! So I’m not taking my top off in Paris.

Do the nipples get more sensitive the bigger they get?

They’ve always been really sensitive, but they’re more sensitive now. You can just brush against them and it’s like, ‘Grrrrr.’ And they’re connected. I call it the Bermuda triangle, because both nipples are connected to the groin area.

Isn’t it weird how some people have really sensitive nips, but others don’t?

Yeah, no feeling whatsoever. They’re like, ‘What you doing?’

Do you like to get with other guys with sensitive nipples or don’t you care?

No, I do like it if they’re very sensitive, because then you’re sharing something. If not, it’s a shame actually and if they’re not sensitive, then to some degree, when they’re doing it to you, they don’t actually know what it feels like. They can figure out they’re pleasuring you, but they don’t really know what that feeling is.

How can you give pleasure to someone’s nipples?

Always play with the base of the nipple. Roll it between your first finger and your thumb. It’s almost like a massage technique. Apply a certain amount of pressure. You’ll know if you’re applying the right amount by the expression, or lack of, on someone’s face. Massage upwards. Also, do it with your lips and your tongue. No chewing or biting unless the person’s into SM. The teeth are out of the picture. It’s all to do with touch, kissing, licking, sucking, caressing and brushing.

What are your other G-spots?

The ear would definitely get me. Also, the base right underneath the anus and the ball sack. That’s another one! There are loads of spots. But it’s up to people to find out. A lot of people, gay, straight or whatever, don’t do foreplay. Kissing is the best foreplay ever — to kiss someone and to look in their eyes.

And what are you doing apart from nurturing these great nipples?

I’m studying musicology, which is musical theory, piano, classical guitar. It’s all to do with structuring and orchestration. I’ve been in three rock bands. We were compared to Soundgarden or Alice in Chains, but I don’t think we sounded anything like that.

Who do you love then?

You’re from Birmingham and that’s pretty rock isn’t it?

Birmingham is major rock. Ozzy’s from there. Wizard! Slade! Most rock comes from places that are dull, dreary and dark and you just want to get out of there.

You’ve done loads of modeling, but you’re not a classic model. How did you get into it?

I was dancing which is how I got into modeling. I used to do street dancing on weekends with my mates, then I went from that into vogueing. We used to go to West London near Portobello where all the kids used to hang out and dance. Everyone was really out to party. It was all funk and soul and punk. Everyone was tearing it up. Back then we were into Prince too, so there was that look.

What? All ruffly shirts?

I didn’t do ruffly shirts, but the hair-dos, totally. The soft fro, the blow wave. Full-on!

And what were the clothes back then?

A mix from Gaultier to Flip. We used to go to a shop called Hyper Hyper and the Kensington Gear Market in South Kensington to get all our stuff.

So what was your first modeling gig?

Someone saw me at Kensington Market and she had a label and she asked me to do a show, and I said, ‘Yeah, I’ll do that.’ That was the first time, back in ’88. That was catwalk.

You wouldn’t be able to get away with that now would you? People would never use shorter models would they?

No, but I was never your typical square-jawed, 6’2” model. I’ve always been a character and if you wanted someone to work a runway…

Yeah, before her! Who do you think she learnt it from?

Was it a big sashay?

No, it was more of a swagger. More of an ‘I’m owning this and I’m wearing this and I know that you want this’. That was just the first thing of many things that started happening. It was pretty weird. I’d go to a club and someone would say, ‘Can I take your picture?’ and the next day it’d be a full page in the Evening Standard.

So people picked up on you way before the big nipples?

Yeah, it was before that transition. With the modeling, Kim Bowen, who styled En Vogue, came up to me and wanted to do a headshot of me for Blitz magazine. She did that headshot and then people started seeing that and they asked me for the next issue of Blitz and we did a whole shoot of Mugler stuff. So that’s how the ball started rolling and the first big international designers to ask me to do something was Bodymap. They did their last ever show in 1990 and they had every male supermodel you could ever think of, like Nick Kamen, Barry Kamen, and then me. I was the only non-proper model. When I got off that runway and the show was over, three people came straight up to me. The first was Pam Hogg, and then Annette, who was the head of So Dam Tuff and she said, ‘Are you a model?’ and I was like, ‘No, this is the first time I’ve done a proper fashion show’ and she said, ‘I want to take you on to my books.’ The year before that I bumped into Ray Petri at a Rifat Ozbek show and I’d heard of and seen all the Buffalo stuff, because that was my awakening to fashion, seeing a lot of black guys in magazines and all that styling. I’ll never forget to this day, Ray Petri came up to me and said, ‘What’s your name?’ and I go, ‘Oh, I’m Roy’ and he goes, ‘I’m Ray Petri’ and I went, ‘Oh yeah, I know who you are.’ And he went, ‘You’re going to be big.’ I never ended up working with him, but he was one of a few who inspired me visually.

Have you been with a model agency ever since?

First I was with Annette and her agency, So Dam Tuff. A lot of the Buffalo guys were on their books. Then I went from that agency to another, and then I went to Elite Men, and then for the last eight or so years, I’ve been with Storm.

Do they take many people who aren’t classic models then?

Yeah they do — like Kate Moss and Susie Bick. We’re all characters.

Does it ever freak you out seeing images of yourself somewhere?

What really threw me was that I’m in the American Visionary Art Museum in Baltimore, where there’s a life-size statue of me as the Black Icarus that flies up and down through the whole museum. It goes up four levels and back down again. It’s by Andrew Logan.

Yeah, I’m quite aware of it.

There’s quite a few actually. Alpha Male, Colt, which is so obvious, Titan Men.

Is that what you’re into?

Yeah, oh yeah. But I also like pounding the young boys, but not too young — over 25.

Do you think people expect you to have extreme sex just because of your look?

Yeah. A lot of people think I’m really hardcore. But I land somewhere in the middle. A lot of tender loving care, with a little bit of iron glove.

Some people get offended about the idea of something of themselves being fetishised. Does that ever bother you?

I’m different and I know that and people are going to see me a certain way. That’s fine. But what I don’t like is when people who don’t know me come straight up to be and grab hold of my chest. A lot of people, both male and female, have done that to me.

Do you give them a slap?

Just a warning for guys. With girls, I grab their tit. I think if you’re doing it to me, then I’m gonna do it to you. Some girls don’t mind it, actually. 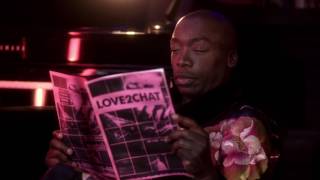 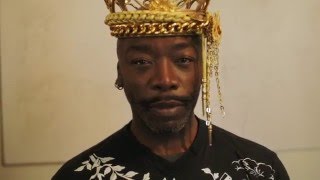 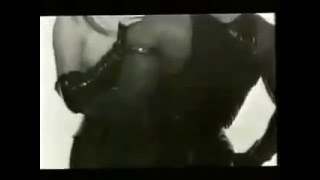 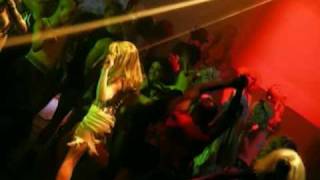